If you have Paw Patrol fans in your house, then take a moment to learn more about the Zoomer Marshall interactive dog.

What is the Paw Patrol Zoomer Marshall Robotic Dog?

Marshall is one of the characters from Paw Patrol. If you are unfamiliar with Paw Patrol, it is a Canadian animated TV show revolving around a group of rescue dogs. Each dog has a specific skillset based on a real-life profession. In this case, you get Marshall – the firefighter dog.

What is Marshall? This toy is an interactive robotic dog that moves, makes noise, and can fire water cannons. There is atotal of 80 interactions and over 150 Paw Patrol sounds. Here is a closer look at the technical details and features:

Zoomer Marshall is a large robotic dog with its own personality. He is dressed as Marshall from Paw Patrol, with a red firefighter jacket and hat. The 2 water cannon missiles are concealed beneath the pack that sits on his back. When you are ready to launch the missiles, simply open the pack and pull the missiles out.

Along with launching his water cannons, Zoomer Marshall can make noises and repeat phrases from the Paw Patrol television show. There are over 150 sounds taken directly from the Paw Patrol series. This includes the Pup Pup Boogie and the Paw Patrol Theme. You simply press down on his head in order to activate the sound and have Marshall deliver one of his phrases or play a song.

In addition to sounds and noises, Zoomer Marshall can do so much more. There are 90 different tricks and missions for him to perform. These missions are actually interactive learning opportunities. This makes Marshall an educational toy, as well as a good source of entertainment for your children.

What are the Positive Features of Paw Patrol Zoomer Marshall?

Zoomer Marshall should be a hit with any children that are fans of the Paw Patrol television series. As is the case with most children’s programming, the toys that go with the series are often a necessary addition to your house. This includes the Paw Patrol Zoomer Marshall. The following benefits are among the most commonly discussed features:

The best feature of the Paw Patrol Zoomer Marshall toy is that it will keep your children entertained. Multiple parents have commented about how their children remained entertained for hours, after receiving this toy as a gift.

While your children are having fun, they will also be able to improve their problem-solving skills. The 80 tricks and missions that are included help force your children to come up with solutions and determine how to accomplish the mission. Also, as they complete these missions, additional missions will be unlocked.

No assembly is required. Zoomer Marshall is ready to use right out of the box. Though, it does require 4 AA batteries which are not included in the packaging. So, you will need to have these batteries handy before your child opens their gift. Also, the packaging is easy to remove. There are only a few zip ties to hold the dog in place.

There are many different interactive features, but the dance mode is pretty entertaining. When you switch to the dance mode, the dog will sing and dance, helping to keep your kids entertained. Though, the fact that there are 80 missions and 150 sounds means that it will take a long time for your child to get bored of this toy.

One issue that parents are always quick to examine is the noise level of the toy. For those of you that hate toys that make a lot of unnecessary noise, you will be happy to learn that Zoomer Marshall has an adjustable volume control.

When the dog gets too loud, you can simply turn the volume down. Also, the sound is clear and audible, which makes it less annoying for adults that are in the room.

How well does Zoomer Marshall travel across thecarpet? While he may move a little bit slower on thecarpet, Zoomer Marshall still has no trouble getting around. So, your kids can enjoy playing with him on any surface. Marshall also has a sensor, so that he can follow your child around the house.

Are There Any Disadvantages to the Paw Patrol Zoomer Marshall Toy?

There are no problems to report, other than a couple of words of warning. The water cannons that are attached to the back of the dog do not actually fire water. Instead, they launch plastic missiles that are meant to resemble water. These hard plastic missiles could hurt if they are launched at someone standing nearby.

It is unlikely that the plastic missiles will leave a bruise, but you know how kids are, the impact could be startling and result in some crying. So, make sure that you explain to your children that the missiles should not be launched at people or pets.

Zoomer Marshall is one of the most complex, yet easy to use, interactive toys available. The abundance of tricks, missions, and the sounds will require hours of use for your children to fully explore. The missions are designed to help teach problem-solving skills, but there is also plenty of entertainment to be found with the various songs and dances that the dog can perform.

10 best resources to get your child excel with phonics 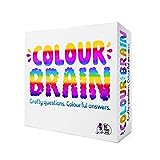 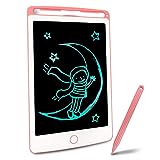 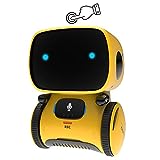 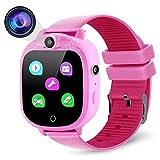 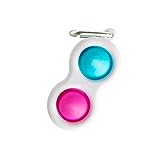